As I was away with the family In the Lake District it would have been rude not to have had my April Micro adventure in this gorgeous National Park!

I know I was spoiled for choice but I chose to overnight in the beautiful Emmerdale Valley. There are a couple of reasons for this. Firstly, because you can only get to Ennerdale by vehicle from outside the National Park so it's a lot quieter than other parts. Secondly the Parks authority are rewilding Ennerdale and it is starting to feel a lot more like a wilderness than its proximity to civilisation would suggest.


As this was part of a family holiday I couldn't really take myself away for too long and so looked at the map to pick a route that would allow me to meet with them the following day, ideally near a pub!

I was blessed with beautiful weather for my trip and after being dropped off at the Western end of the valley mid afternoon I set off eastwards. I decided not to take the path next to the lake as that's quite well worn.  The walk through the mid afternoon sunshine in the woods was fantastic, brightened up by the remains of an Easter egg hunt that had taken place the previous Sunday. 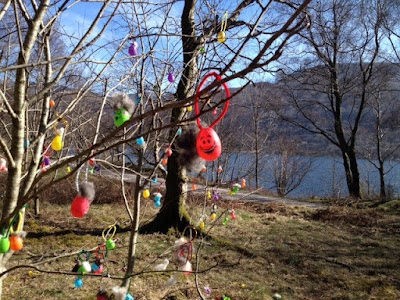 I passed a few people, though not many, but once at the end of the lake I was pretty much alone. Ennerdale is magnificent from here on in with the mountains either side of you and the river Liza running wild down the middle of the valley in the woods. As I say the authority are letting the river find its own path now and as you begin to climb along the side of the valley you can look down on a meandering river with fallen trees etc. the whole thing really does start to look as if it is returning to its natural course. 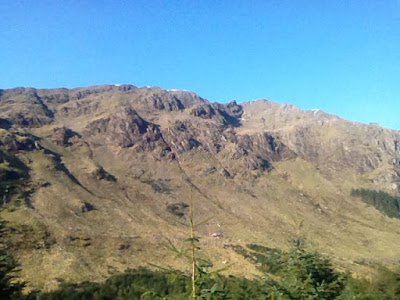 My plan was to walk until early evening through then  find somewhere to camp in the woods. I love to sleep in a hammock and my aim was to pitch between a couple of trees and enjoy the night sky. However the last third of the woodland is given over to coniferous plantation. This effectively means lots of Christmas trees very tightly packed together! Try as I might as I neared the time to stop for the day I could see nowhere with a big enough gap to string a hammock. Worse still there was very little flat ground that I could put a bivvy bag down on.  Eventually I reached the end of the woodland and was treated to the sight of a late afternoon sunny view of the bowl at the end of the valley, really beautiful. However I still had not found somewhere to sleep.

I retraced my steps along the gravel path for about half an hour and was met with a firebreak heading off uphill. It was quite steep but I took my chances, walked up about 100 yards and found two trees separated by about the right width that I could string my hammock albeit over a 30° slope!  However, that's the beauty of hammocking, you're not ground dependent.  A few fallen trees provided me with sufficient dead wood to light my wood gas stove and after getting set up I cooked myself a delicious boil in the bag curry. 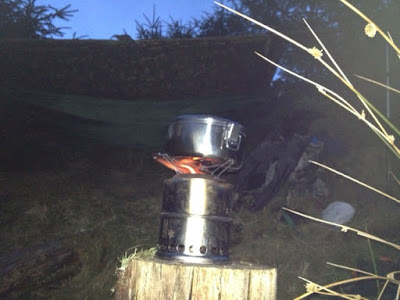 I am always amazed at how long it takes when you are out to build your house and cook your dinner. It was soon dark and I treated myself to an hour watching the stars in this beautiful night sky location before retiring to my hammock.

I am getting more comfortable with sleeping on my own out of doors and was glad to get a reasonably good nights sleep. However, I was up at first light and sorting myself ready to start the second day of my micro adventure.
Another great advantage of camping out in the lakes in the more remote areas is that the drinking water from the streams is pretty safe. Just to be on the safe side though I used my new Sawyer  water filter to replenish my stocks.
The weather continued to be absolutely perfect. Having got up early and being well down the valley I really did feel incredibly remote as nobody had got this far yet.  I took the steady climb from Ennerdale Valley through scarth gap pass and was treated to the wonderful view of Buttemere Valley in the sunshine! 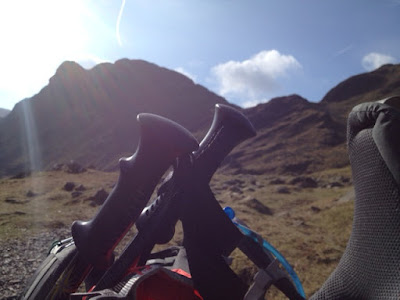 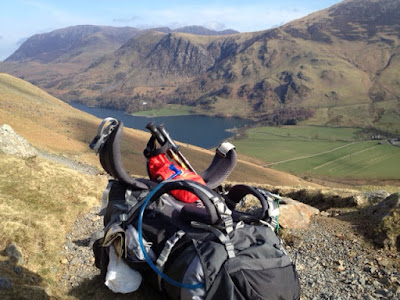 I had given myself the morning to get over the pass into the valley and then north along the side of Buttemere to Loweswater and the Kirkstiles Inn.

Looking at the distance and the time available I might have been a bit optimistic. So, rather than a leisurely morning walk I ended up having to speed march to the pub in time for my meeting with the family and a well-deserved lunch. That in itself was a bit of fun!
I arrived dead on 1 o'clock as promised albeit a little bit sweatier than I had hoped.

Overall less than 24 hours out but I really felt as if I had been away on a proper adventure. The remoteness of the location, sleeping out on my own, and having to deal with one or two unforeseen circumstances made for a memorable experience.
Posted by Steve at 15:35