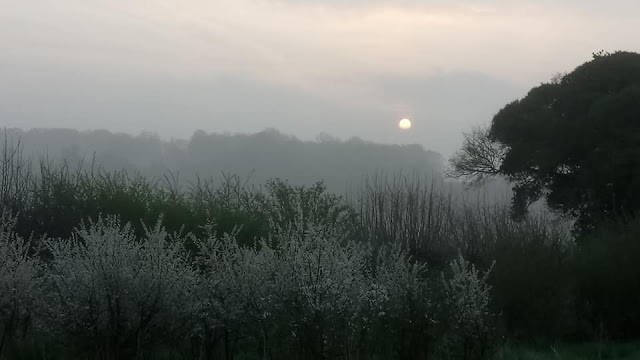 How many of us have seen that post from a stranger - ‘anyone fancy getting together for an adventure’ and hovered the finger over the keyboard for a moment before moving on?  I know I have on many occasions.  In many ways its unsurprising in a world of internet stalkers and on line threats that the adventurous spirit we try to apply to our normal lives does not always transfer to our on line ones.

The root of my April 2018 microadventure began with a simple reach out on the Berkshire microadventure Facebook group just after Christmas.  Perhaps it was the fact that New Year plans were still in gestation that made me click yes to a meet up for coffee.  Whatever the unseen motivator I can only say that taking a small risk can lead to big rewards.  A few as yet unknown souls also seemed to grasp the potential opportunities of a New Year and one cold January Sunday afternoon eight of us, a mix of genders, age and outdoors experience met up for a chat.  Unsurprisingly really we all got on, seemed normal and enjoyed the opportunity to chat over mutual interest.  In effect following the common sense advice readily available on how to meet on line contacts for the first time paid off.  Discussion finally turned to the prospect of a group night out on a hill, already spotted by one of our number, and the principal was agreed.

Its remarkable how once the initial challenge of meeting is overcome like minded people can progress common objectives.  Inevitably finding a commonly available date took us forward a month or two but in early April six of us met up at a pub just outside Reading.  Again safety in numbers for those who may have had remaining concerns about going off in to the dark with a group of strangers!  A drink and a meal allowed any possible final concerns to disappear and as dusk fell off we went.

Overall a night on a hill is a simple but satisfying experience.  Spending it with others who share that simple satisfaction helps magnify it I think.  One of our number had a title for our first adventure which absolutely summed things up.  ‘Kambwesi’, meaning ‘a coming together’.
The dawn brought its usual understated beauty and as is always the case a short overnight trip felt like a great deal more.  On this occasion it opened up the future opportunities that having like minded people to call on presents. 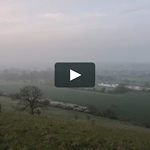 Go to the video courtesy of Tim:-