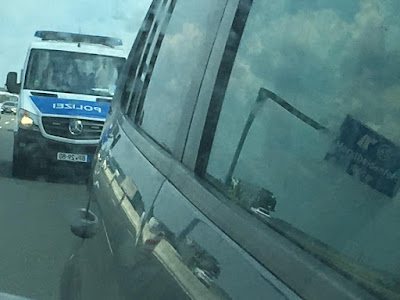 The Oxford English Dictionary defines adventure as ‘an unusual and exciting or daring experience’.  There is often an urge to compartmentalise people or experiences.  I think it’s important to ensure that adventure is kept as broad as possible.  Adventure can be a truly daring, exciting and potentially hazardous experience but who defines that?  The person doing or the person watching?
I’m firmly in the camp of adventure being a self defined activity.
There are so many things that can then be done with the after effect being a sense of satisfaction and accomplishment.  Clearly for some that will be climbing the North face of the Eiger.  For many more it will be an activity that took them out of the norm with exposure to the new or different.

This year my wife Lesley and I had to clear a family house in Austria.  It had the potential to be an upsetting experience, one that we needed to get done as quickly as possible then move on.  The option of flying out from the UK, doing a few days work then flying back was the simple one.  However it left little in the way of positives.
We were keen to find some good in the situation (and needed to bring back a few personal items) so settled on the idea of making a road trip of it.  There is so much of Europe that we have not seen and what better way of getting some ideas for future trips than to make one.
Rather than fly we decided to drive down to Northern Austria over a week, visit some cities and towns that took our fancy and get a sense of places we might want to spend more time around in the future.

Ill admit this was not necessarily daring but it was, for us, unusual and it promised to be the sort of excitement born of new and different experience rather than pumping adrenaline.  For us therefore this qualified as an adventure.

I love the idea of loading a rucksack, canoe or car with the basics and setting off independently.  Ill admit I would rather be self powered but we had to take a vehicle.  The feeling of just leaving the front door and not having to conform to mass transport timetables is a good one though.
A drive to the coast, a ferry and a short drive later we were in Ghent.  A charming city with beautiful medieval buildings. 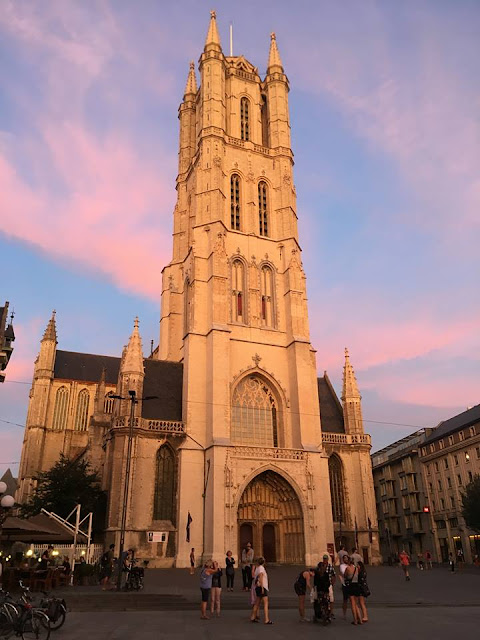 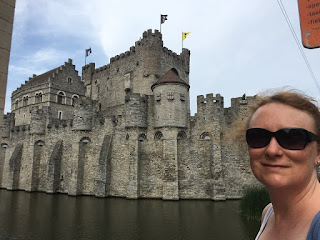 We had undertaken to spend no more than a couple of hours on the road each day.  After a taster of Belgium, a country whose small towns and cities I now want to see more of, we were on the road again and within a couple of hours we were in Cologne.  I had a definite sense that Northern Europeans go South in August and this city, like everywhere we stopped, was less crowded or frantic than I expect cities to be.  Rebuilt after the war Cologne still retains some of its charm and there is a heap of ancient Roman history to soak up (provided you don’t turn up on a Monday when the museums are shut!). 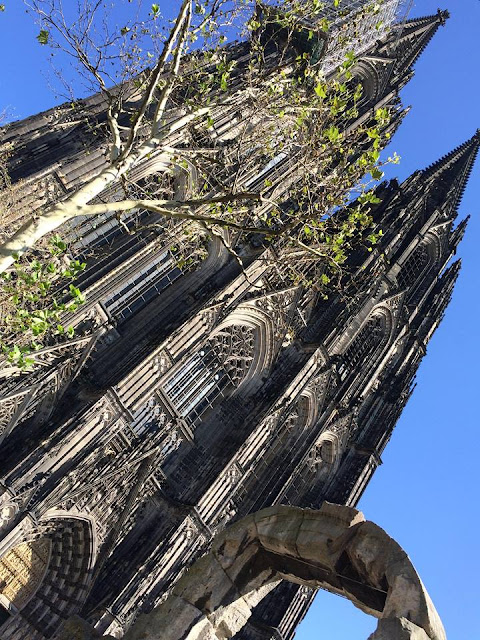 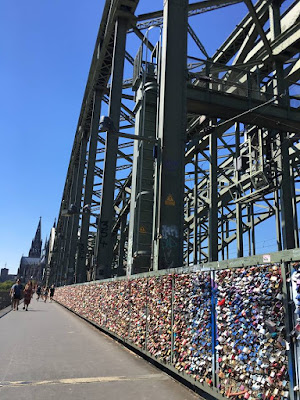 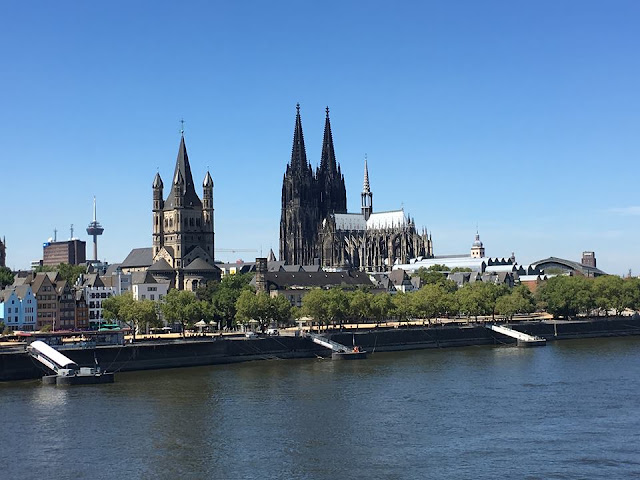 After two nights and a drive we had our next stop.  Wurzburg, on the Main river, the centre of the Franconian wine region.  A reminder of Europes highly civilised relationship with alcohol!


Our final day heading South brought us to the Danube West of Linz and our base for a couple of days of house clearing.  I’ve visited this area many times.  Cyclists will have passed through pedalling the river to Vienna, Budapest and beyond as one day I plan to do.  It remains a calm, pretty and friendly region with great opportunities for walking in the Bohemian Forest just a few miles away. 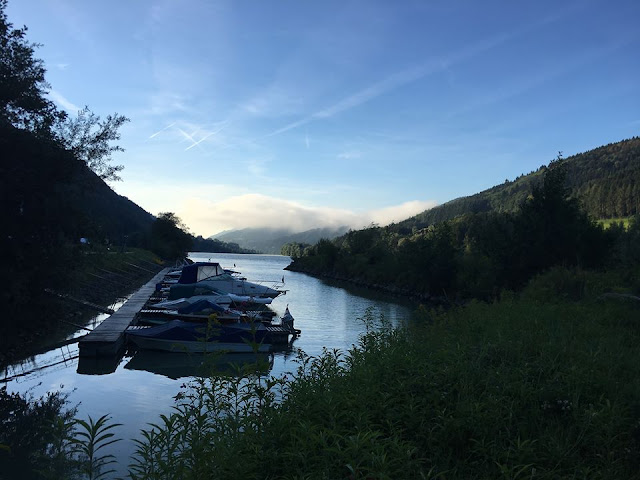 After a busy three days of house clearing, visits to recycling centres and car loading we headed for home.  After a brief overnight stop in Regensburg and a longer drive then normal we overnighted in Koblenz.  This city at the confluence of the Rhine and the Moselle rivers offers great potential for further visits and can act as a base for a ride or trek along the Rheinstieg trail through a UNESCO world heritage region. 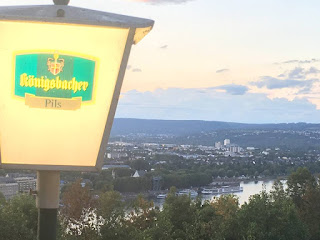 With appetite whetted for a return we headed for Brugge.  Famous again for its medieval buildings, canals and something called beer!

Ten days after setting off we returned home.  A short trip by many adventurers standards.  A very gentle trip compared to some parts of the world.  However we were reminded of the beauty and history of what is effectively our own back yard.  I was also inspired to visit places just a drive or train journey away.  The cities of Belgium and the low countries.  The major Rivers of Europe, most with long distance trails alongside them.  The tranquility and beauty of central Europe away from the ‘stag night cities’.  I think all of those offer opportunities for ‘adventure’ in what to me has to be the widest sense of the word.
Posted by Steve at 10:48