I have always had a love of John Ford's classic western films.  So I could not help but be stirred by the simple act of heading West of the Pecos River in Texas en route for Big Bend national park and the Rio Grande.

As we drove the endless (well about six hundred) miles from San Antonio to our destination looking at barren desert scenery I reflected back to how the journey had begun a year earlier by the slightly greener banks of Loch Lomond on the West Highland Way.

Being a somewhat lazy navigator I had come to a fork in the path.  Rather than get my map out I let a pleasant looking American couple pore over their map and decide on which way to go.  The couple, clearly unperturbed by a stranger watching their deliberations began a conversation as people sharing a journey often do.  Several hours later (and a few glasses of whiskey it has to be said) a discussion on what the US has to offer in comparison to UK national parks  led to an invitation to visit Texas with a trip to Big Bend national park being part of the experience.  Finishing the walk and returning to normality could have resulted in nothing more than a pleasant memory of a hare brained scheme never to see the light of day.  But when opportunities are offered you have to grab them with both hands.  So, a year later in late March there I was, with my new friend Richard, driving through the desert looking at scenery I had only seen before in westerns. 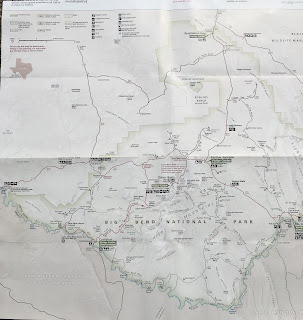 Big Bend, in South West Texas is a long way from anywhere which means visitor numbers are low compared to many US National parks.  Only about 300,000 people a year visit the parks 1,200 square miles and with only five paved roads the scale is huge. 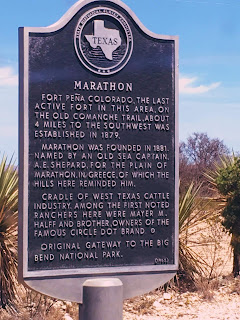 The small town of Marathon is 40 miles north of the park entrance at Persimmon gap.  From there it’s a 26 mile drive to the visitors centre and another thirty to the Rio Grande.

The  area is classic high desert with the Chisos Mountains rising from it.  Elevation varies from between two and three thousand feet above sea level on the desert floor to Mount Emory in the mountains at 7,825 feet).

Accommodation options vary.  There is a guest lodge in the Chisos Mountains, three small campgrounds dotted around the park which operate on a first come first served basis and a lot of set single pitch camp areas close to the few roads.  You can also back country camp which is basically anywhere else provided you are half a mile from and out of sight of the road.  You need a back country permit which can only be obtained from the visitors centre on arrival.
As the visitors centre closes at 1800 and a $150 dollar fine for camping without a permit it pays to get travel timings right to arrive in good time.

It’s hard to do justice to the few days we spent in the desert.  My host, Richard, is now a professional photographer but spent thirty years in the US Army.  I was therefore in very safe hands given the environment which varied from 35C (95F) degree dry heat during the day to 7C, puffa jacket temperatures at night.

I also had expert tuition to assist my amateur attempts to capture the majesty of the landscape and variety of plant life which flourishes for a few short weeks in the spring. 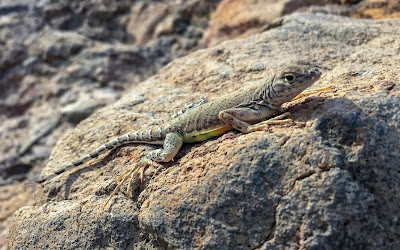 We photographed spectacular desert sunrises over Panther peak and walked through the Chisos mountains to epic views through "The Window" out to the Chihuahua desert beyond.


We trekked and backcountry camped through evocatively named places like the Dobson trail, the abandoned Homer Wilson Ranch and the Burro Mesa pour off.


We listened to Coyotes in the night close to the Mexican border near the Santa Elena Canyons' 800 foot cliff walls and stood in awe of the Milky way in a moonless, truly ‘dark’ sky.

A few abandoned houses and the ever present vultures and buzzards showed how challenging and fragile human existence has been in this stunning but potentially hostile environment.

Our time in the park was way too short to see all there is to offer and a multi day rafting/canoe trip calls for my next visit.

Getting to Big Bend is a challenge from the UK (its pretty hard for Americans!) but it was made possible through a lucky meeting with someone, now a friend, who took the time to start a conversation with a stranger and the willingness on my part to to say Yes!