June Microadventure - Canoeing on the Wye

A good mate of mine is a very accomplished canoeist (or is it canoer?).  I can spell canoe and even recognise a canoe when presented with one.  I am not however a canoeist.  Or at least I wasn’t but after my summer solstice microadventure perhaps I have started to become one.


Carl and I had spoken for some time about combining my interest in wild camping with his abilities on the water so it was a pretty simple thing to commit to a convenient date and pull something together.


The River Wye is a beautiful and, importantly navigable river that is canoe friendly (lots of hire companies if you don’t have your own).  It’s also less than three hours from London and the home counties so easily accessible for me.  Saturday morning arrived much earlier than normal and by nine we had met up with some of Carls canoe buddies between Hereford and Hay on Wye. 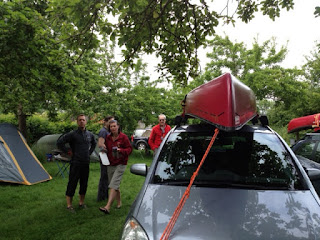 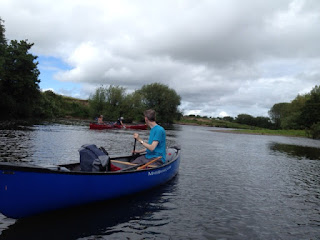 Having a few vehicles meant the logistics of transport at either end of our journey were well covered.  The point at which we put boats in to the water was pretty busy and I had visions of a crowded river but within minutes of getting on the water people had strung out and we had the river to ourselves.


And how cool did it feel to be on the river in the sunshine after what had felt like a pretty busy couple of weeks at work. 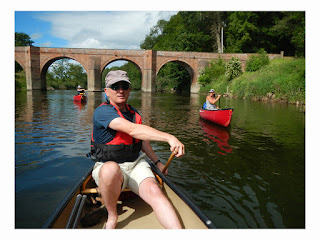 Whilst I got used to the boat I occupied my normal seat in the front but soon got confident enough to take the back seat and start to practice keeping the boat in a straight line.  Not as easy as everyone else had made it look but the beauty of being with a group of friendly and capable people was the tips came quick and fast and I soon felt confident to enjoy the views and not worry about the driving! 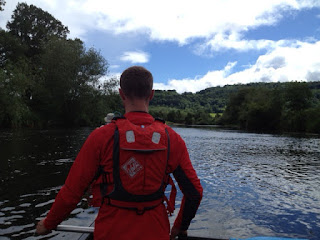 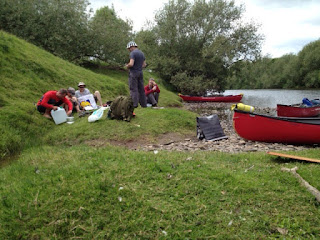 Lunch on the bank was followed by a play on a bit of moving water.  Everyone looked pretty impressive so I reasoned that it couldn’t be that difficult.  Wrong!  Managed to fill the canoe with water and nearly capsize it.  Apparently my face was a picture (which thankfully no one took) so I took to being team photographer in the shallows. 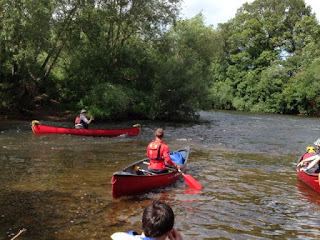 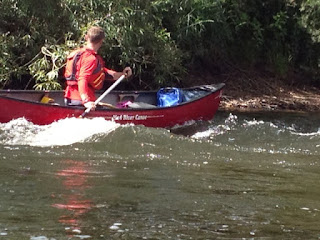 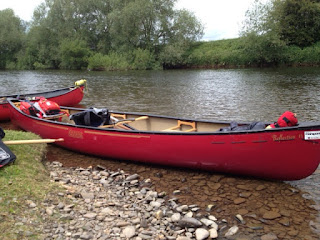 The rest of the day passed in the way that only days on the river in summer can.  Birdsong, the sound of rippling water and the occasional stop to collect dead wood for the cooking fire planned for the evening. 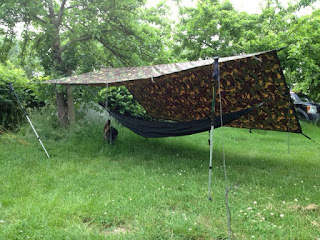 We used a campsite rather than wild camping so we’d have no qualms about a fire and have ready access to a beer supply.  Still got to use my hammock and tarp and at £5 each I didn’t feel like the bank had been broken. 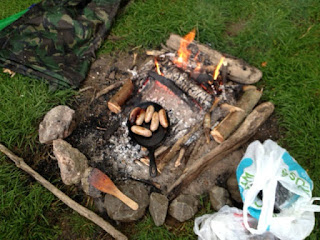 Typically the rain decided to fall whilst we lit a fire and cooked dinner but it soon passed and a pleasant and relaxed evening followed sat around a campfire sampling a few local, organic brews.  Life sometimes really does feel at its best when it’s at its simplest. 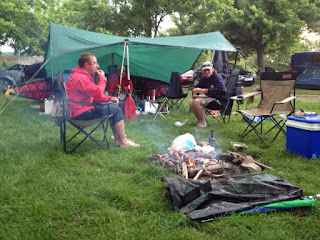 Morning arrives very early in the summer.  I’d used ear plugs for the first time ever to top off the relaxed experience that is hammock camping and I have to say I recommend them.  Sleeping outside can actually be pretty noisy and earplugs help with a better nights sleep.  That was my experience anyway. 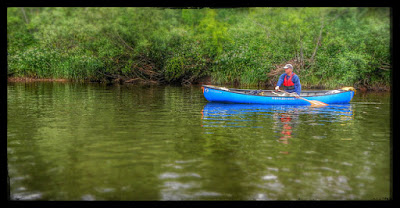 Boats were launched and one of the group kindly let me use their boat solo for the day. 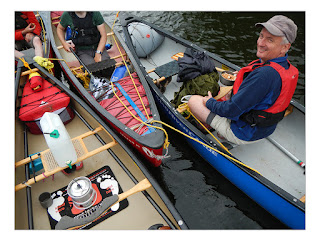 Stopping places were scarcer on day two and having missed our planned stopping point at a stately home plan B kicked in.  The boats were tied together and lunch was eaten as we gently drifted downstream.  I was really impressed with Carls ability to brew up with a trangia on the move and even more impressed with his gondolier impression! 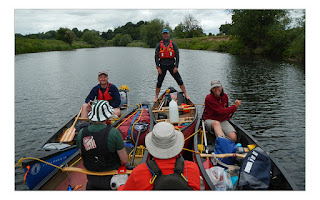 Another beautiful day, this time paddling my own canoe.  Ten or so miles later we arrived at Hereford and were heading home in the late afternoon sunshine.  Only one night away but it felt like we’d had a great adventure and I really felt like I had taken a big step in learning a new skill.